And there you have it…just like a plot from a terrible American horror movie, Donald Trump is now the President of the United States.

I was among many who spent a lot of my Saturday (Australian time) watching bits and bobs of the inauguration and I have to say there are a few things I learnt a lot about Presidents passed and present from the days proceedings:

I didn’t think it was possible for anyone to steal the spotlight from Donny J, however the classiest woman on the planet managed to put him in his place with her flawless expressions. From the moment she was gifted an awkward Tiffany’s gift from Melania to her “unimpressed” facial expressions as Trump-card took his oath, Michelle Obama’s face said every word everyone else was thinking! Which was mainly a…how the F**k is this happening, face! 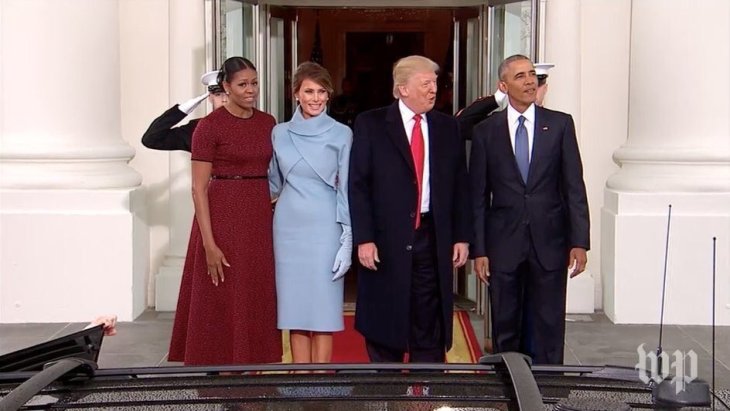 BILL CLINTON GOT HIS CREEP ON!

I’m not sure if Bill Clinton was aware of the fact that not only was his wife sitting right next to him, but also all over the worlds press was surrounding him when he thought he’d have a goooooood look up and down at Ivanka Trump! Now don’t get me wrong she looked stunning but Bill…seriously! Not the time and place mate! Not that he’s coming from a point of strength with those things but I have to love the death look his misses gave him! If looks could kill!

This is apparent by the fact that he loves the sound of his own voice so much that he will drown anyone out if they disagree with him. However that aside, nothing says I love myself more that this:

Now I know these Presidents have had fairly luxurious lives but I really thought a poncho was fairly self explanatory! I mean how hard is it to put your head through the head hole and go from there! Seriously this guy had the code to the US nuclear football and can’t operate a poncho – scary! 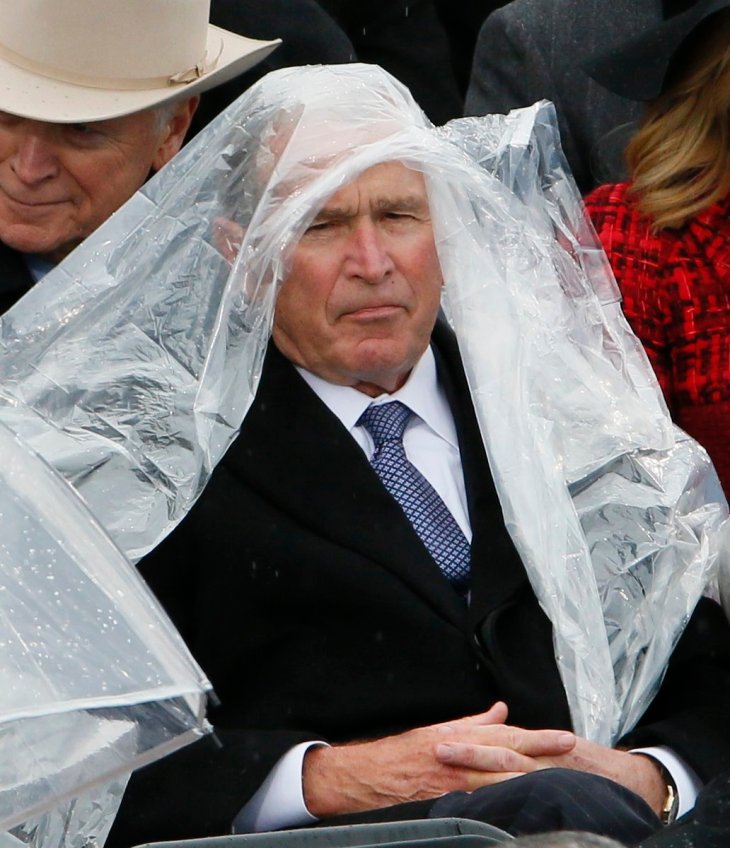 THERE ARE 2 FIRST LADIES

I know Melania Trump is married to Donny J and that makes her the First Lady but in a weird incestuous way there feels like there is a second First Lady in Ivanka Trump and I’m not ok with it. I know she’s his daughter but at only 10 years the younger that her step mother there’s some serious Lady competition going on in this family! How the hell are we supposed to follow her too! Wows!

WHERE WERE THE PEEPS?

There’s been a lot of heat on this since the White House Press Secretary came out today saying the press has incorrectly skewed the numbers in attendance. I’m not going to make comment on the total numbers or if the pics published were the “correct” ones but one thing you can’t argue with is live TV and at one stage I did happen to notice so very thin crowds in the stands next to the presidents